The Queen isn’t one to make home visits, so you know if she’s doing it, it’s a pretty big deal. According to recent reports, Her Majesty has been making private visits to Frogmore Cottage, home of Prince Harry and Meghan Markle.

The two have been maintaining a low profile since wrapping up royal duties for their break, which will be through the end of the year. Harry and Meghan spoke candidly about what they’ve been going through in Harry & Meghan: An African Journey. Now, we’re learning about reactions from the rest of the royal family in the wake of Harry and Meghan’s revelations.

It seems that Queen Elizabeth has stepped in for the young family in a major way. She’s reportedly been visiting them at home, according to Hello!.

The monarch and grandmother has reportedly been talking them through ways to cope with the struggles they’ve faced. It’s beautiful to see that while the Queen may not agree with how Harry and Meghan are handling things, she’s still supportive. 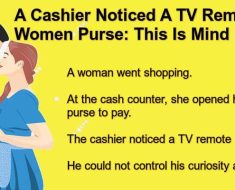