So Folden knows a thing or two about hitting.

“Connecting with the ball is connecting with the ball,” explained Folden at her Professional Faspitch Instruction Facility in Merrillville, Indiana. “Everyone wants to point to the riseball in softball and say that it’s completely different. It’s really not. If you look at the way a really good four seam fastball behaves at the top of zone, it’s very, very similar. I think that’s a trend in baseball that we’re seeing – that high fastball. I think that my experience in softball actually does help with that because we’ve been hitting off of that for years.”

Critics may disagree, but she has science to back her up. The Cubs think she’s onto something, too. So much so, they hired her.

“I will be the lead lab technician. My job is get players assessed and tested as efficiently as possible. I have experience with all the technology that we’re going to implement. That’s probably the primary focus of my job. Then I’ll also be the fourth coach on the rookie ball team. I will be in a uniform with a hat on, in the dugout, traveling with the rookie ball team.”

The new lab is part of major reconstruction in the Cubs hitting department headed by Justin Stone, who made Folden his first hire, with a large emphasis on technology and data.

Folden explains how data in the lab, can translate to efficiency at the plate.

“If they you’ve got a 98 mph fastball coming at you, efficiency matters quite a bit. The quicker we can get a swing to happen, the later we have to make decisions. Then, we’ll make better swing decisions. Those are worth millions of dollars. Those help the Cubs win a World Series.”

That’s music to the Cubs ears.

But how will Folden handle breaking barriers in baseball as one of the first women to coach?

“I’m prepared for it. I have not had that experience in the Cubs organization whatsoever. I did two days of interviews. I got 90 percent baseball questions and maybe 10 percent gender questions. It was actually really, really progressive and supportive. I got asked the question a lot ‘how can we support you?’ That was amazing to hear. I don’t want to minimize the fact that I’m a female coaching in baseball,” Folden remarked. “I’m just saying from a personal standpoint, it would be nice if we didn’t have to talk about it anymore.” 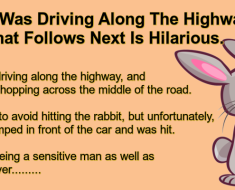