Melvin Nicholson is the British photographer who captured the breathtaking white rainbow. In November 2016, the photographer was working on the Rannoch Moor, south of Glencoe in Western Scotland.

He enjoyed his work, but one particular moment caught his attention. Nicholson couldn’t believe his eyes. He had never seen a white, colorless rainbow.

It’s a natural phenomenon caused by fog in the sun’s glare. It’s bright and beautiful, and one can watch it forever.

The 44-year-old photographer made some of the best landscape photographs. He was exploring the Scottish mountains, and the white rainbow is probably the best thing he had ever seen in life.

“I had been out in the morning with a friend who said he knew of this beautiful tree, the one in the center of the photograph I took,” Nicholson said in an interview with ABC News.

“Then the sun started to rise behind us, burning off the mist, and at that point, the fogbow appeared. I had never seen anything like it in my 10 years capturing landscape photos around the globe or even in my 44 years of life.”

The sun makes you a favor

The white rainbow disappeared after five minutes. This phenomenon occurs when small water drops reflect the sunlight and form a rainbow-like arch. Experts at NASA explain that the fog is transparent, but the water droplets make the most beautiful arch.

The fogbow has no color, because the droplets are too small to form a colored rainbow. If you take a closer look, you will notice that the fogbow is reddish on the outside and blue on the inside as explained by the National Weather Service.

Nicholson said, “It’s an amazing thing to witness and can generally only be seen if the sun is behind you when you are looking at it. It was just beyond magical and one of those days that you’ll remember for a long time to come.”

Nature is the best creator

Mother Nature is the best artist. Nicholson caught just one fragment of the masterpiece. He was shooting the mountains, and the fogbow was the perfect detail.

Andy Luke is a climber who spotted another fogbow in Cairn Lochan, Moray, Scotland. It was amazing and brilliant.

If you want to see a fogbow, pick a foggy day and chase this phenomenon. Make sure there’s some sunshine, too. Fogbows are common in areas that gather humidity, like fields, mountain valleys, coasts and lakeshores. 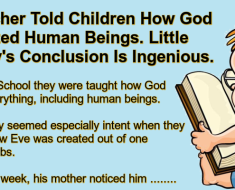