1. “Silence is golden when you can’t think of a good answer.

2. “Your silence will not protect you.

4. “Silence is the sleep that nourishes wisdom.

6. “Well-timed silence is the most commanding expression.

7. “Silence is one of the hardest arguments to refute.

8. “Silence is argument carried on by other means.

9. “Silence is not only never thirsty, but also never brings pain or sorrow.

11. “Silence is a source of Great Strength.

12. “Silence is pure and holy. It draws people together because only those who are comfortable with each other can sit without speaking.

13. “Silence is a true friend who never betrays.

14. “If silence is good for the wise, how much better is it for the foolish!

15. “Silence is the great teacher, and to learn its lessons you must pay attention to it. There is no substitute for the creative inspiration, knowledge, and stability that come from knowing how to contact your core of inner silence

16. “Silence is the universal refuge, the sequel to all dull discourses and all foolish acts, a balm to our every chagrin, as welcome after satiety as after disappointment.

17. “A judicious silence is always better than truth spoken without charity.

18. “Silence is the sanctuary of prudence.

19. “Silence is the language of God, all else is poor translation.

20. “Silence is the most perfect expression of scorn.

21. “Choose silence of all virtues, for by it you hear other men’s imperfections, and conceal your own.

22. “In the attitude of silence the soul finds the path in a clearer light, and what is elusive and deceptive resolves itself into crystal clearness. Our life is a long and arduous quest after Truth.

23. “Silence propagates itself, and the longer talk has been suspended, the more difficult it is to find anything to say.

24. “Silence is the speech of love, The music of the spheres above.

25. “The silence that accepts merit as the most natural thing in the world, is the highest applause.

27. “Silence is as full of potential wisdom and wit as the unshown marble of great sculpture. The silent bear no witness against themselves.

28. “Silence is foolish if we are wise, but wise if we are foolish.

29. “Silence is only frightening to people who are compulsively verbalizing. 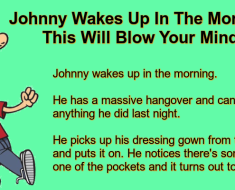