We are living in an extraordinary time, the first period in history of such rapid advances in technology and medical knowledge.

Well-trained physicians and other health professionals are much more knowledgeable to detect, diagnose, and treat a health issue, and scientists and researchers are tirelessly investigating new approaches and methods to constantly advance medicine.

New methods and machines are making the future of medicine far brighter.

Researchers have recently developed a new color-changing tattoo ink that responds to changes in the body, such as blood sugar and sodium levels.

The number of people suffering from type 2 diabetes is on the rise. It is the most common type of diabetes, affecting about 29 million people in the U.S. This lifelong disease keeps the body from using insulin the way it should. People with type 2 diabetes are said to have insulin resistance.

The role of insulin is to help to process sugar and convert it into usable energy. Yet, when the body faces problems with its production, the sugar levels in the blood start to rise.

If left untreated, it can lead to serious health issues. Yet, if it is detected early, it can be managed.

In 2017, MIT and Harvard researchers managed to develop a color-changing tattoo that can act as a biomarker to detect changes in the blood sugar level.

It has been referred to as the DermalAbyss project, and it is the result of a collaboration between MIT researchers Katia Vega, Xin Liu, Viirj Kan, and Nick Barry and Harvard Medical School researchers Ali Yetisen and Nan Jiang.

The common tattoo ink is being replaced by four biosensors that indicate changes and respond to such changes in the body fluids. It combines advances in biotechnology with traditional methods in tattoo artistry.

The ink changes color based on three different biochemical measures in the interstitial fluid, which is a layer of fluid that surrounds cells within the body.  The pH level (acidity) changes the ink from pink to purple; the glucose level changes it from blue to brown, and the sodium and pH levels cause the ink light up at a higher intensity under ultraviolet light.

Researchers hope that the biosensors could eventually replace the current method commonly used by people with diabetes to test their glucose levels, which involves pricking the skin.

“The Dermal Abyss creates a direct access to the compartments in the body and reflects inner metabolic processes in the shape of a tattoo. It could be used for applications in continuously monitoring such as medical diagnostics, quantified self, and data encoding in the body.”

This research project shows promising results and could lead to a fully-functioning biosensor tattoo ink that reliably indicates glucose levels, but it is now only tested on pigskin, so it has not been subject to rigorous trials, and is still at a relatively early stage.

Researchers also declared that they do not currently plan to develop DermalAbyss as a product or to pursue clinical trials.

Here is a video of the product: 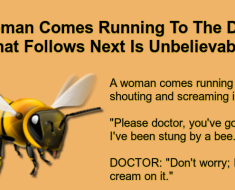 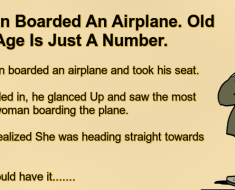