The video shows a car traveling over the speed limit earlier this week on the 800 block of South Cleveland Avenue. The car then rolls over.

Nobody was killed in the accident, but residents said it’s evidence of a hazardous street. Some residents believe the problem is that fast driving motorists  try to cut through their neighborhood to avoid traffic on busier roads such as Central Avenue and Arlington Heights Road.

One resident said there have been car collisions at least once every six months.

Arlington Heights Deputy Police Chief Shawn Gyorke said the village, with traffic engineers and other departments, will reassess the traffic on Cleveland Avenue — an area they’ve been assessing for years. 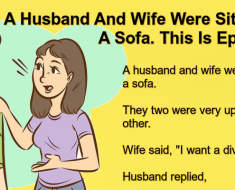