Serena Williams has been a force to be reckoned with for years. Not only has she won 23 Grand Slam singles titles throughout her athletic career, but she’s also a mom to a very adorable 3-year-old daughter.

News of Serena coupling with Reddit founder Alexis Ohanian took fans by surprise at first. Yet since then, the two have become one of Hollywood’s most beloved couples. They initially met in May 2015 at the Rome Cavalieri hotel. Alexis tried to sit at the same table for an event as Serena. But Serena did her best to shoo him away. Little did she know that eventually this would be the guy she’d fall in love with.

Alexis went on to attend most of Serena’s matches after that. In an interview with Vanity Fair, he noted, “I felt like a door had been opened to a person who made me want to be my best self.” On December 10, 2016, he proposed at the same spot where they met. And then they became more open with sharing their relationship with the public.

The tennis star has also been very vocal about her health scare after her daughter’s birth. Whenever a celebrity talks about such important issues, it’s a reminder that childbirth can be a different experience for all women. However, Serena’s  openness made even more women fans of the tennis star. Even those who don’t love sports love a mom who’s honest and candid.

Please Share On Facebook/Pinterest Serena Williams’ Adorable 3-Year-Old Daughter Cheers Her On At The US Open Clicky News LittleThings. 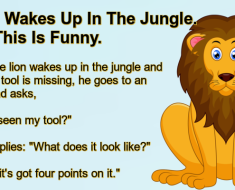