In 2017, a North Carolina mom named Kaycee was working as a prekindergarten teacher at a local child care center. One day, she was working at the school — a place where she’d often bring her 3-month-old son — when a fellow teacher told Kaycee that her son was constipated.

This other teacher, whom Kaycee hardly knew, asked Kaycee if she could breastfeed Kaycee’s son to see if that would help ease his stomach issues.

Kaycee repeatedly told the coworker no. Not only did this suggestion go against her parenting beliefs, but Kaycee’s son was born prematurely and is lactose intolerant. Any milk products could have caused his condition to flair up.

Kaycee was clear about not wanting this woman to nurse her baby, then left the room to return to work. She trusted her coworker to respect her wishes.

But later that night, Kaycee’s son fell ill and began vomiting. She rushed him to UNC Hospital.

As it turned out, Kaycee’s wishes were not respected. When she saw the surveillance footage captured by the day care’s security cameras, just moments after she left her baby in the room earlier that day, she was outraged. 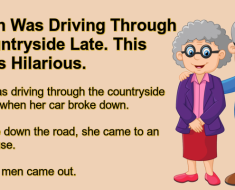