A new study has found no evidence to corroborate that a beaver-skin stovepipe hat — for years a centerpiece of Illinois’ Abraham Lincoln museum — ever actually belonged to the 16th U.S. president, according to a published report.

Among the findings spelled out in a 54-page report was that the hat, once appraised at $6.5 million, didn’t appear to be Lincoln’s size and that descendants of the original collectors weren’t aware of the claim Lincoln had owned it, WBEZ reported Tuesday, citing a copy of the study.

The 16-month study also criticized a lack of due diligence to verify any link between the hat and Lincoln before it was purchased in 2007 and went on display at the Abraham Lincoln Presidential Library and Museum in Springfield.

Questions about the hat have been asked for the past several years. But the study by Illinois State Historian Samuel Wheeler cast greater doubts than ever over its authenticity.

Evidence that the hat sat atop Lincoln’s head rested on a claim by a southern Illinois farmer, William Waller, who said Lincoln gave him the hat in friendship. A 1958 affidavit from a descendant of Waller’s claimed the gift came when the farmer visited Lincoln in Washington after 1861.

The hat was later purchased in 2007 by the private Abraham Lincoln Presidential Library Foundation from collector Louise Taper for display at the Springfield museum. It was the headliner in a wider Taper collection, for which the foundation paid around $25 million. The collection also included the bloodied gloves Lincoln wore to the theater the night he was shot.

With secret doubts of their own, the private foundation sought to authenticate the hat over recent years, including a failed attempt to match DNA on the hat to Lincoln.

The museum in 2018 asked Wheeler to conduct the latest study.

Wheeler also found that Waller’s son, former state legislator Elbert Waller, never appeared to mention the hat in hundreds of pages of writing. Wheeler said the decision by Elbert Waller’s widow to sell the hat for $1 in the 1950s also raised red flags.

“If the stovepipe hat was indeed one of Elbert Waller’s prized possessions and was a tangible link connecting the Waller family to Abraham Lincoln, why did Clara not give the hat to Elbert’s surviving son…or his grandson …?” Wheeler wrote.

“We look forward to working with the foundation to explore continued research and ultimately decide how the hat can best be used to educate museum visitors,” LaHood said in a statement.

Despite strong indications the hat is not what the museum has claimed it is, Wheeler didn’t say definitively it had no ties to Lincoln. He said the issue merited more study.

He added that the controversy surrounding the hat should be a warning for the future.

“No matter what the final determination proves to be on the stovepipe hat, it is clear that no one at (the museum) conducted any research on the object before it was acquired in 2007,” Wheeler said.

The museum has been beset in recent years by the foundation’s struggle to pay off a debt of $9 million that had gone toward the purchase of the Lincoln memorabilia, including the stovepipe hat.

The foundation announced earlier this month thit had refinanced the 2007 loan it used to purchase 1,500 items from Taper. 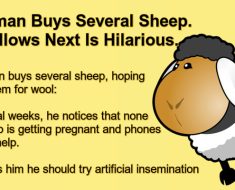