Taylor Swift is not about smiling and putting on her happy face when things are not OK — she is about authenticity at all costs. This songstress is all about speaking her mind, and luckily she has the platform to do just that, even if she makes waves sometimes in the process. She did just that at Billboard’s Women in Music event last night, and she called out one person in particular: music executive Scooter Braun.

If you haven’t heard of Scooter before, he’s the guy who discovered Justin Beiber. But Taylor has been a critic of his for years. Mainly, she calls him a bully and claims the deals he makes profit himself and don’t allow artists to maintain the rights to their own music.

During her Woman of the Decade award speech, Taylor commented on the ongoing feud with Scooter. She had previously talked about him and his company after they purchased Big Machine Label Group and the master rights to her first six albums — and how he allegedly tried to prevent her from performing at the American Music Awards. Scooter gave a statement about those accusations on social media. But this was definitely Taylor’s harshest critique of the music mogul yet.

Watch the video to find out exactly what Taylor had to say about Scooter and who else she’s calling out as well. 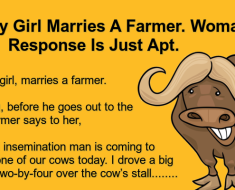