Back in 2012, a Swedish teen athlete named Axel Schylstrom climbed to the top of a train on a summer evening. He accidentally touched the live power lines.

16,000 volts of electricity shot through Axel’s body, leaving him with third-degree burns covering 70 percent of his body.

All Axel remembers is waking up with a police officer standing over him, frantically telling him what had just taken place.

Before this horrific accident, Axel considered himself a confident, good-looking and popular guy with the world at his fingertips.

Now, doctors were telling him he may never walk again, and that his deep scars may never heal. He grappled with his self-image and the thought of never getting his looks back.

But he was determined to walk again and regain his sense of confidence. He underwent years of rehab therapy and more than 50 surgeries to repair the burns. He went out into the world and faced judgment from others, based on his appearance alone.

Then, Axel decided to pursue his love of music. He forgave himself for making the decision to jump on top of the train on that fateful day. And everything started to change for the better.

He made so much musical progress that he appeared on “Swedish Idol” in 2015 and almost made it through to the end. He’s now a performer and motivational speaker who is on a mission to redefine beauty and celebrate one’s differences. 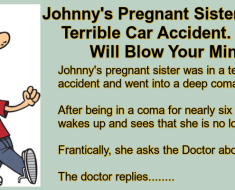