In June 2020, Mary’s Hutson’s brother passed away. The great-grandmother from North Texas reported her brother’s death to the Social Security Administration — only to learn that, according to them, she was dead, too.

Paul Tuckett, also a Texas resident, was also declared dead for more than a month, a major snafu which costed him his medical insurance and access to his bank account.

As a result, Paul couldn’t go to the doctor for crucial treatments, and he and his wife couldn’t buy a new house because his credit score was demolished.

Both Mary and Paul were listed on The Social Security Administration’s “Death Master File,” which means their names and identities are basically wiped away by financial institutions and government offices.

Dealing with the “Death Master File,” and having to “come back to life” was especially challenging during the already stressful pandemic.

“During that time, you’re sitting here trying to make your house payment and cook your meals,” Paul told CBS “They declare you dead faster than they can take you off the dead list.”

In the clip below, the CBS I-team took a deep dive into the Death Master File and made a very troubling discovery.

As it turns out, this type of thing is happening a lot more than you may think, and to people of all ages and walks of life… 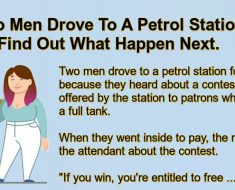