The road to the 2020 awards season has begun. The 2020 Screen Actors Guild (SAG) nominations, celebrating achievement in television and film, were announced by America Ferrera and Danai Gurira. Along with Monday’s Golden Globe nominations, they are setting the scene for what the Oscars may bring, and people are paying close attention.

In films, Bombshell walked away with the most nominations, showing up in four categories. The Irishman and Once Upon a Time in Hollywood trail just behind with three nominations apiece. While fans were excited about these nominations, they were not pleased to see that Greta Gerwig’s Little Women received no love from the SAG community.

TV nominations saw The Marvelous Mrs. Maisel came out on top with four nominations. While that was to be expected, there were a number of surprises where television was concerned. Veep was suspected to walk away with a few nominations, but the final season went unrecognized. That robbed Julia Louis-Dreyfus of tying with Edie Falco for most SAG nominations in total. Watchmen, Game of Thrones, and This Is Us also went largely unrecognized, surprising many avid watchers.

Possibly one of the biggest surprises is the fact that Reese Witherspoon didn’t receive any solo nominations. While Big Little Lies received a nomination for the Drama Ensemble Cast category, her role as Madeline wasn’t recognized. She also didn’t score a nomination for Apple TV favorite The Morning Show, although costars Jennifer Aniston, Steve Carell, and Billy Crudup each received nominations.

As for who will come out on top, you’ll have to tune in on January 19 to find out. You’ll also get to see Robert De Niro receive a special Lifetime Achievement Award.

Please Share On Facebook/Pinterest The 2020 SAG Award Nominations Are In And There Are Some Some Surprises And Snubs Clicky News LittleThings. 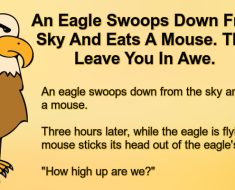