Meghan and Harry have only been living their non-royal life for about six months. During that time, they’ve made some huge moves. They hopped across the pond and bought a home in California, and they’ve become completely financially independent from the royal family. Now they are working on a variety of new projects, including a new deal with Netflix.

But according to royal expert Katie Nicholl, the royal family already has some concerns about the new partnership.

The royal family is worried that Meghan and Harry might feel pressure from the streaming giant to use their connections inappropriately. However, Meghan and Harry seem committed to staying on their own track and producing content that is important to them. “Sources close to the couple tell me that they are very adamant that anything and everything they do is very much going to be in a respectful tone, to the queen, to the monarchy, and very much on their missions,” Katie said.

Meghan and Harry officially stepped back as senior royals at the end of March. They will now be producing films and shows for Netflix, covering content that highlights issues that are important to each of them, like mental health, women’s rights, and more. In the works are a nature docuseries and an animated series that celebrates women.

For more on what royal expert Katie Nicholl revealed, check out the video. 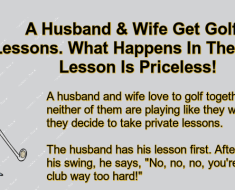