The Fox and the Hound

Like many classic Disney movies, The Fox and the Hound might make you cry. But it’s also a gorgeous movie about true friendship. Even though they’re natural enemies, Tod the fox and Copper the dog grow up together. But when adulthood hits, society pressures them into forgetting their bond.

The Many Adventures of Winnie the Pooh

For many people (myself included), The Many Adventures of Winnie the Pooh was our first introduction to America’s favorite silly old bear. In this group of stories, we get to see Tigger and Pooh meet for the first time and witness the embarrassing moment when Pooh gets stuck in Rabbit’s entryway after having a bit too much honey.

Know what movie deserves a sequel? A Bug’s Life. The movie, which was released back in 1998, proves that anyone can be brave, regardless of size and past history. It also proves that you might find a new group of friends where you least expect them. Also, much like most Pixar films, it’s pretty funny.

Think that Hocus Pocus is the only live-action Disney movie focused on witches? Then you may have forgotten about the 1971 classic Bedknobs and Broomsticks. Plenty of parents had taped this off television to share with their kids. But since the VHS is now (mostly) defunct, you can rewatch this movie on Disney+.

In 1977, we were introduced to two very different mice with the same goal. Bernard and Bianca, voiced by Bob Newhart and Eva Gabor, were both members of the Rescue Aid Society, which helped those in need. This movie is all about their first task — coming to the aid of a kidnapped orphan named Penny.

While the remakes have their place in the world of Disney, most of us grew up watching the 1964 version with Julie Andrews. To this day, it’s hard not to think about how medicine would be much easier to take with a spoonful of sugar. For kids who only know about the sequel version with Emily Blunt, this movie will surely be a household hit.

Pocahontas came out in 1995 and was loosely based on the story of a real and quite notable Native American woman with the same name. The movie introduced us to colorful songs like “Just Around the Riverbend” and made every single one of us dream of owning a pet raccoon that could even be half as cool as Meeko.

The Adventures of Ichabod and Mr. Toad

Mr. Toad’s Wild Ride is still an essential ride at Disneyland, after all these years. The original Adventures of Ichabod and Mr. Toad came out all the way back in 1949 but still managed to find a way into everyone’s childhood. The film is broken into two short segments — “The Wind in the Willows” and “The Legend of Sleepy Hollow.”

It’s tough to realize that Sleeping Beauty came out in 1959. The tale itself is much older, but Disney truly made the story its own. Here’s a fun fact about the movie — while it’s now beloved by many, it was such a box office bomb that Disney shelved princess movies until The Little Mermaid was released in 1989. That’s one of the reasons why The Little Mermaid is seen as being the first hit of a new Disney era.

The movie, which is about an adventurous girl who goes on a wild adventure where she meets characters like the Cheshire Cat and the White Rabbit, came out in 1951. The characters, initially thought up by Lewis Carroll, became so popular that there have been plenty of additional Alice in Wonderland movies, including a live-action version that’s also available on Disney+.

Don’t forget — Disney owns the Muppets now. While it’s planning on launching a new show in 2020 that’ll exclusively air on Disney+, old classics like 1979’s The Muppet Movie are still available to rewatch. If you’re ever feeling a little bummed over the holidays, the Muppets are a surefire way to start smiling again.

Snow White and the Seven Dwarfs

Everyone has that one dwarf they can relate to most. For those of you who haven’t been able to watch this classic in its entirety, you’ll be happy to know that you can find it on Disney+ in just a few clicks. Who would have thought that back in 1937, when this movie was released, it would one day be available at the touch of a button?

Based on the 1956 novel The Hundred and One Dalmatians by Dodie Smith, the Disney animated movie 101 Dalmatians is a total family favorite. Even though the live-action version is good, nothing will beat the animated classic, which made all of us dream of some day winning the lottery to buy our own dalmatian plantation.

Let’s get this straight — Bambi is sad. In fact, most of may have had our first cry during Bambi. We might even think twice about showing our own children Bambi, waiting at least until they’re 13 or 14. But it’s still a classic with plenty of other sweet moments. Bambi’s friendship with Thumper and Flower is like no other, and unlike many other Disney movies, the audience gets to see Bambi grow, from fawn to Great Prince of the Forest.

Newsies was all the rage when it came out in 1992. It was the first movie directed by Kenny Ortega, who’s now known for his work in the High School Musical franchise. Featuring Christian Bale and Bill Pullman, this movie gained a cult following when it was released on video. It even became a hit Broadway show.

This little gem about an orphaned cat being taken in by a bunch of street dogs may have been one of your favorites growing up. Based on the Charles Dickens novel Oliver Twist, the movie covers unlikely friendships and loyalty. Plus, Bette Midler’s character, Georgette the poodle, has one of the most epic Disney ballads of all time.

If you polled a bunch of people about their favorite Disney movie, there’s a good chance that at least half would answer with The Little Mermaid. The movie came out in 1989, starting up the period best known as the “Disney Renaissance.” With the live production that just aired on television, along with upcoming plans of a live-action remake, now is the best time to rewatch the classic animated film.

Blank Check was the type of movie that kids needed back in 1994. It was our first “lottery fantasy,” inspiring us to wonder what we’d all do with a spontaneous large sum of money. Watching as adults, it might not be as realistic as it seemed back then — but it’s still a fun and nostalgic watch.

Sister Act was in theaters back in 1992, and was a huge hit, grossing $231.6 million USD in the box office. Whoopi Goldberg is known for plenty of movies throughout her long acting career, but this one remains to be one of the most notable. Not only does it have a great story, but the songs will get stuck in your head for days.

The ’90s were a big decade for Jonathan Taylor Thomas and Brad Renfro. The two starred as Tom Sawyer and Huckleberry Finn in 1995’s Tom and Huck, which was a must-see in theaters for every preteen out there. Brad sadly died at age 25, so rewatching it on Disney+ is a great way to honor his memory.

Take advantage of the Disney+ free seven-day trial to watch Tom and Huck and all of the other nostalgic films on the list.

Psst: If you choose to sign up for Disney+ using our links, LittleThings may receive a small cut. 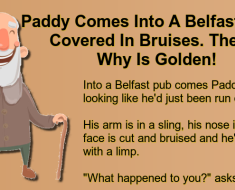