The wish to make a change is the first step towards a change. However, while the adults are often too busy worrying about their everyday responsibilities and problems, children are much more creative and have a clear vision, which is essential for success.

Pavel Bramov, a 9-year old from Russia, is another example of this. This amazing little hero sells his paintings in exchange for food and supplies needed by an animal shelter.

The loss of his pet, Barsik, had a great impact on his juvenile mind, so Pavel could no longer see animals suffering.

This originated the idea, later developed in the “Kind Paintbrush” project, started by Pavel and his mother Ekaterina Bolshakova.

The two run a group on Russian social media site, VK, called “What a little volunteer is capable of?” The page shows the world that young people can change the world and showcase just how he’s doing it.

They are hoping that it will inspire other philanthropic young people.

Despite their honest wish to help and Pavel’s undeniable talent, it is just the duo and their patrons, they do not get any funds from any organization; neither do they have a manager or employees.

The boy makes a contract with pet owners whereby he sells custom pet portraits of their pets in exchange for food, medicines, toys, etc., for dogs in the animal shelter.

He is the youngest volunteer in the sole animal shelter in Arzamas, which cares for over 100 dogs. Therefore, the supplies provided by Pavel are more than welcome.

After finishing the painting, Pavel meets the pets, and always tries to find out about their rescue story, and their life with the current family.

The heart-warming project has led to a massive response from animal lovers in Russia and across the world, and Pavel has even made custom portraits for people from Spain and Germany.

The portrait of Chuck was exchanged for skin medicine, buckwheat (5 kg), and canned dog food (10 cans).

Jesse’s portrait’s value was in offal(7 kg) and buckwheat(3 kg).

The painting of Tuzik, Rex, Lusya, and Keks was exchanged for canned beef, milk, cereals, a packet of dry food, and some trimmings.

Ekaterina says that their entire family is proud of Pavel and his efforts.

“Our family is proud of his wonderful project. His days are scheduled to minutes, he wants to do absolutely everything, there is just not enough time.”

Pavel is like any other kid and often runs short of time, but he dreams of becoming an architect and building an animal shelter.

If you ask us, there is no doubt that he has already done a lot. Yet, considering his young age, the sky is the limit! 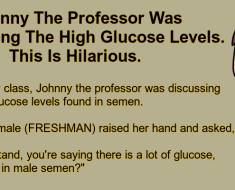