Simone Giertz is a name that rings a bell to many. She’s a Swedish inventor with a love of robots and robotics, meaning that she’s created some very cool things in her time. She’s also quite popular on YouTube, especially since she often showcases her most recent projects.

The latest is big for anyone who loves dogs — which, is most of us. Simone has an adorable pup named Scraps, and was trying to think up clever ways to get Scraps to take better photos. It can be tough with dogs. Even grumpy dogs can create cute photos, but they can be hard to direct. Even harder to create is a dog selfie. And that’s because dogs can’t work a camera very well.

Until now. Simone created an invention that could give Scraps more control of her own images.

“I don’t think there’s a way for dogs to take photos of themselves without human hands,” she said in a video. “So I’m building a fully-automated photo booth for Scraps. She goes in there, there’s a little pedal that she can hit with her paw, it triggers a camera, it triggers a treat dispenser,” she said. “She gets a treat, I get a photo, everybody’s happy.” What could go wrong? It’s the invention every dog owner didn’t know they needed.

Please Share On Facebook/Pinterest This Inventor Just Created A Selfie Booth For Her Dog Because We All Need More Joy Clicky News LittleThings. 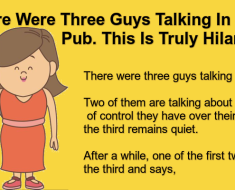