A lot of us were recently surprised to learn that Mindy Kaling secretly gave birth to her second child, son Spencer, while at home during the health crisis. But then again, celebrities pulling off secret pregnancies isn’t something entirely new — for every celebrity who opts to splash the news of their pregnancy all over the media, there’s a celebrity who chooses to stay mum until the baby is born (or even after).

However, more non-celebrity moms are choosing to keep news of their own pregnancies a secret during the health crisis. In fact, three moms recently spoke to Inside Edition about their decisions to keep their pregnancies secret from everyone except for close friends and family members.

Anabelle Evans explained that she was in her first trimester when the health crisis began, and she started spending a lot more time at home. She says, “All of my Zoom calls and phone calls were urgency, things need to be done now, I’ll call you in 15 minutes. There was never a chance to say, ‘Oh, and by the way, I’m pregnant.” She didn’t even tell anyone outside her circle about her baby until after her daughter was born!

Anabelle isn’t the only one who chose to keep her pregnancy a secret the entire time. Watch the video to find out how each of these moms pulled it off!

Please Share On Facebook/Pinterest Three Moms Explain Why They Chose To Keep Their Pregnancies A Secret During The Health Crisis Clicky News LittleThings. 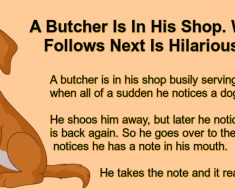