Home
Life Stories
Toddler locked in a dog kennel surrounded by snakes and buckets of mice, among other neglected animals

Trigger warning: Contains descriptions of abuse that may be distressing to some.

It was meant to be an animal rescue mission but as officials probed their way through the property, they discovered that the case was not only about animal-cruelty but also an aggravated case of child abuse.

When Henry County Sheriff’s deputies raided the area, they found a toddler locked in a kennel along with a large number of animals kept in poor conditions.

The little one who is just about 18 months old, was caged in a tiny 4×4 kennel kept in the living room. “Everything that child possessed or played with was in that kennel,” said Henry County Sheriff Monte Belew, as reported by NewsChannel 5 Nashville.

As the deputies made their way through the single-wide mobile home with several outbuildings in Henry County, Tennesse, they saw things that they had never seen before after they walked through the front door of the trailer. The first thing they saw was the toddler kept in the destitute condition and it was clear to them that the child had spent most of the time in that tiny confined space.

Right next to the cage that the toddler was kept in, they found three buckets filled with hundreds mice. What was worse was a 10-feet long boa constrictor that was was found barely three feet from the toddler’s kennel. “It could’ve easily suffocated that child if it got a chance,” Belew said in a press conference, according to New York Daily News.

The deputies found eight snakes in total in the living room and two of them were found right above the child’s kennel. Sadly, the details of the story get worse.

There were 15-20 dogs running loose all over the area and thousands of cockroaches were crawling everywhere, along with maggots. The floor was littered with feces and some parts of the trailer didn’t have any flooring whatsoever. The kitchen was “unlivable,” Belew said.

The anonymous tip that the deputies received made them think that it was probably a case of roosters being kept in small kennels. But after raiding the entire property, they rescued 86 chickens and roosters, 4 parakeets, 1 pheasant, 1 gecko, 56 dogs, 10 rabbits, 3 cats, 8 snakes, 3 sugar gliders, as well as 531 mice, rats, and hamsters.

The rescued animals were taken to vets and were then placed in animal rescue centres, hoping to be rehabilitated while the toddler, who also appeared to be starving, was placed in the custody of Department of Child Services.

Along with the toddler and the hundreds of animals, they also found 127 marijuana plants and 17 guns, as reported by NewsChannel 5 Nashville.

Living on the property was the child’s mother, Heather Scarbrough, her boyfriend, T.J. Brown, and his father, Charles Brown. T.J. Brown tried to give a reason for why the little boy was kept in a dog kennel. “He told us the reason the kid was in the cage is he cleaned up around and in the yard all day, and he couldn’t clean up and watch the kid too. So he puts the kid in the cage,” said Belew, as quoted by WPSD Local 6. “And if you get some pictures or drive by, I think you’ll see that nothing has been cleaned up.” 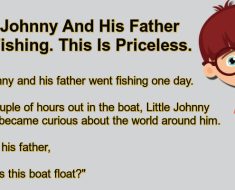