Paddy and Mick were having a few beers at the bar together recounting old times when the call of nature caused them to line up at the stainless steel, still deep in conversation:

But Paddy could hardly ignore the fact that Mick was very well endowed.

“I say, ‘tis a remarkable dong you have there.” Paddy was prompted to remark.

“Wasn’t always that way.” Replied Mick. “Medical science can do wonders with transplants these days.” He said.

“I got this done in Dublin. It costs me twenty thousand euros, but as you can see, well worth it.”

In fact, he packed his bag that night and drove to Dublin.

It was a good six months later before he ran into Mick once again and he could hardly wait to tell him that he had taken his advice and was well pleased with the result.

“You were diddled. I got mine for ten thousand euros only.” Said Paddy.

Thinking that he had been ripped off, he asked Paddy if he could have a look.

Once more they lined up at the stainless steel and when Mick took a peek, the worried frown which had creased his face disappeared and he started laughing.

“Why are you laughing?”

“No wonder you got it at half price.” Mick laughed. 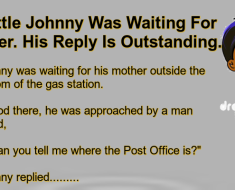