Two old pensioners are taking a trip down memory lane by going back to the place where they first met.

Sitting at a café, the little old man says,

“Remember the first time I met you over 50 years ago? We left this cafe, went round the corner behind the gas works, and I gave you one from behind.”

“Why, yes, I remember it well, dear,” replies the little old lady with a grin.

“Well, for old time’s sake, let’s go there again. and I’ll give you one from behind.”

The two pensioners pay their bills and leave the cafe.

A young man sitting next to them has overheard the conversation and smiles to himself, thinking it would be quite amusing to see two old pensioners at it.

He gets up and follows them. Sure enough, he sees the two pensioners near the gas works.

The little old lady pulls off her knickers and lifts up her dress.

The old man pulls down his pants and grabs the lady’s hips, and the little old lady reaches for the fence.

Well, what follows is 40 minutes of the most athletic sex the man has ever seen.

The little old man is banging away at the little old woman at a pace that can only be described as phenomenal.

Limbs are flying everywhere, the movement is a blur, and they do not stop for a single second.

Finally, they collapse and don’t move for an hour.

Well, the man is stunned. Never in his life has he ever seen anything that equates to this — not in the movies, not from his friends, not from his own experiences.

Reflecting on what he has just seen, he says to himself,

“I have to know his secret. If only I could shag like that now, let alone in 50 years’ time!”

The two old pensioners have by this time recovered and dressed.

Plucking up courage, the man approaches the pensioner.

He says, “Sir, in all my life I have never seen anybody shag like that, particularly at your age. What’s your secret? Could you shag like that 50 years ago?” 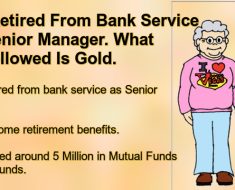