Home
Life Stories
Walmart shopper gargles mouthwash, spits it back into bottle and puts it back on shelf


The internet exploded in fury last week as footage emerged depicting a woman taking a tub of ice cream from a fridge in a store, licking it and then placing it back for an unsuspecting shopper to buy.

Police issued a statement revealing they had identified the culprit in question, with CBS News reporting that if convicted of second-degree felony tampering with a consumer product, she could face between two and 22 years in prison.

One might think that would be enough to put others off doing something so disgusting in the future. Unfortunately, it appears it isn’t.

A new video has hit the web, one which shows a Walmart shopper gargling mouthwash before spitting it back into the bottle and putting it back on the shelf.

you bitches with no oral hygiene could take a hint pic.twitter.com/IaMOC1caid

In the clip, ‘Bameron Nicole Smith’ can be heard saying: “Girl, it has been one musty f**king morning.”

She then swills the mouthwash, continuing: “Mmm, nice and minty and fresh. Thank you guys.” 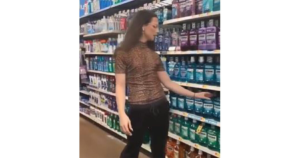 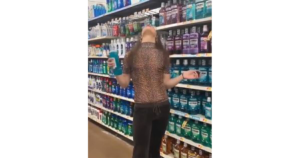 Needless to say, it didn’t take long before a storm of backlash followed suit. The original video was uploaded to Twitter on July 5 with the caption “you b**ches with no oral hygiene could take a hint.”

British source the MailOnline contacted Walmart for a statement on the matter. Their response was: “We are investigating this incident.

“If someone tampers with a product and leaves it on the shelf, we will work with law enforcement to identify and prosecute those found responsible to the fullest extent of the law.”

Smith later uploaded another tweet in which she can be seen holding up a receipt from the store – implying that she did purchase the mouthwash she gargled after filming the video.

In any case, it would appear Walmart are set on investigating the matter, so hopefully the truth won’t be long in coming to the fore.

Sometimes I just don’t understand this generation’s perception when it comes to what is and isn’t acceptable.

In the wake of recent events this just seems completely unnecessary and distasteful to me, even if it is a joke. 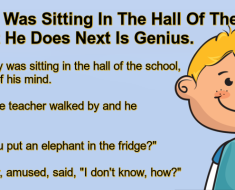