CHICAGO — Metra is buying hundreds of new rail cars and wants passengers to weigh in on what amenities they’d like to see in them, from cup holders to power outlets, tray tables or wifi.

The suburban Chicago commuter rail agency expects to spend almost $1.2 billion over the next five years to buy and rehab rail cars and locomotives. The funding comes from a capital bill Illinois lawmakers approved this year.

Metra issued a request for proposals earlier this year for at least 200 new rail cars, with options for up to 300 more. Manufacturers were encouraged to submit proposals that increase capacity and optimize amenities.

Now the agency is asking commuters to complete a survey about which amenities are most important to them. Options include tray tables and power, as well as head rests, interior and exterior information signs or lights that can be dimmed.

Metra says it can’t guarantee everything commuters want will be incorporated into the new cars, but says it will try to get the most amenities possible. The survey is available at metrarail.com through mid-January. 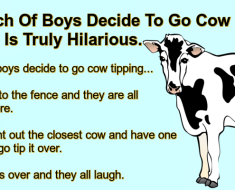