Home
Life Stories
We Spoke To Educators From Around The US About How School Is Really Going. Here’s What They Said

Schools in many parts of the United States have reopened or are preparing to, which means that educators, administrators, and students are now seeing their schools’ health crisis plans put into action. For some, this is reassuring; their schools are working hard to stick to a plan, and it’s paying off. For others, it’s terrifying, since their schools are completely failing.

For every story about a virus-related win, it seems like there are at least three about a virus-related failure. Alabama’s two chief universities, Auburn University and the University of Alabama, have both reported a startling increase in virus cases. Auburn in particular has seen a five-fold increase in positive cases since returning to in-person learning in early August.

In Georgia, a second-grader went back to school and ended up testing positive for the virus the first week. He, his teacher, and his classmates were immediately ordered to isolate at home for two weeks, and the possibility of this happening over and over again is certainly very real.

Please Share On Facebook/Pinterest We Spoke To Educators From Around The US About How School Is Really Going. Here’s What They Said Clicky News LittleThings. 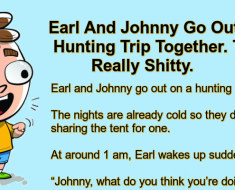