Home
Life Stories
What has caused the Amazon fires?

Dear Tom,
Fires now burning in the Amazon jungles remind me of forest fires in Yellowstone National Park in 1988, started by lightning. What has caused the Amazon fires?
Bill Torrence, Chicago
Dear Bill,
Widespread heat and drought in 1988 were the primary factors that set the stage for lighting-induced forest fires during the summer and autumn thunderstorm season in the Rocky Mountains. However, the sole cause of massive fires now burning in the Amazon jungle is the environmentally questionable “slash and burn” technique used there. To clear land, vegetation is cut and allowed to dry, then set ablaze during the summer-autumn dry season. The undisturbed Amazon jungle grows so densely that insufficient light penetrates to nurture rampant growth on the jungle floor. Ground clutter decays quickly in the warm, humid climate and, in its natural state, insufficient fuel accumulates to maintain fires. 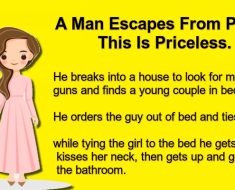