Home
Life Stories
What percent of the continental U.S. usually has snow cover at Christmas?

Dear Tom,
What percent of the continental U.S. usually has snow cover at Christmas and what percent is still dreaming come the holiday?
Ron Underwood Belvidere
Dear Ron,
The nation has been musically lamenting about a white Christmas since 1941 when Irving Berlin wrote his famous song. The truth is that, in reality, less than a quarter of the nation can even reasonably dream of getting one. Loosely defined as having one inch of snow on the ground on Christmas Day, the Chicago area experiences a white Christmas about 45 percent of the time, with the odds increasing to about 60 percent into southern Wisconsin and dropping to less than 40 percent in southern Illinois. The only areas guaranteed a white Christmas in the Lower 48 are in the western mountains, on the higher peaks in the Appalachians and in the Lake Superior snow belts of Wisconsin and Michigan. 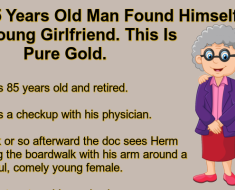