According to ABC-21, nearly 26 million Americans have had at least one package stolen… and those numbers are continuing to grow every year.

Hilary Smith hopes that what happened to her won’t happen to anyone else this holiday season. The Minnesota woman bought a Christmas gift for her boss and went home to pick it up once she saw it had been delivered.

When she reached her front steps, she was gutted to discover the package had been stolen by an elusive porch pirate.

However, there was something left behind in its wake…

Hilary looked down and spotted a piece of notebook paper folded neatly on the top step where her boss’ gift should have been.

When she picked up the note and read what the author had to say, she was “angry and confused and quite flabbergasted.”

Hilary shared the letter on social media where it went viral and caught the attention of the St. Paul police.

Even the cops hadn’t seen anything like this before… and now it was time for Hilary to seek justice in her own way. 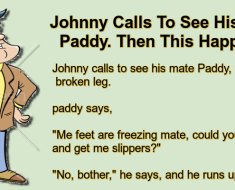 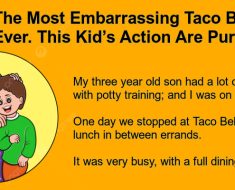