There’s a lot to unpack here, so buckle up for a wild ride, folks. Well, not as wild of a ride as this family cat took, but still.

A Canadian cat named Baloo took an unexpected trip over 750 miles from his home in Nova Scotia after his owner, Jackie Lake, accidentally mailed him inside a package she sent out for the holidays. The woman apparently mailed a tire rim out, along with Baloo inside.

First of all, I have a few questions here. Who is getting a tire rim for Christmas? How does one not notice there is a furry, four-legged creature in said tire rim? How did Baloo sleep through all of this? Can you imagine being a cat, settling in for your mid-afternoon snoozle in ye ole tire rim that’s lying around the house, only to wake up in a strange place? Sounds like a normal Tuesday night in college, but this is a cat, for Christ’s sake!

Anyway, some of my pressing questions have been answered. Apparently, Baloo sneakily crawled into the box before the package was sent out. Originally, the family thought Baloo had gone missing, so they canvassed the neighborhood searching for him. Then Jackie got a call from a woman in Montreal. “My first question was, ‘Is he alive? Like, did I kill my cat?’” she said.

Thankfully, Baloo was alive and well. The shipping company in Montreal contacted a local animal shelter, which came to get Baloo, and he was returned to his family a few days later — purrfectly healthy. 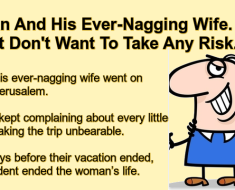