She was riding with a friend when she experienced cramps and asked them to stop the car at a gas station. By the time she came back out, she had given birth and left the child, a baby boy, behind.

When Christine Marie Warren received a mail from a flavored-water beverage company asking her to participate in a survey for a free gift card, she thought nothing of it and sent back her survey answers to the company by mail. Within no time, she discovered that the beverage company did not even exist and that her mail actually reached the hands of detectives in Seattle.

The post office box that Christine sent her mail to was actually rented by the detectives who deliberately sent her a bogus mail to receive a response back from her. Then, investigators used Christine’s saliva from the envelope’s seal to check whether her DNA matched with a baby boy, born more than 23 years ago and buried with the name Baby Boy Doe.

Giving the police all the confirmation they needed, the DNAs were a match. Without Christine’s knowledge, she had voluntarily given her DNA and gave the police evidence to prove she was the one who left her newborn baby to die in a trash can over two decades ago.

The infant was abandoned in 1997, and the case had remained unsolved for 23 years. Back then, Christine was 27 years old and had given birth to her son in the bathroom of a gas station before leaving him to die, Although the security camera caught footage of a woman leaving the gas station in Lake City, Seattle on November 18, 1997, investigators weren’t able to identify her until the cold case was re-opened in 2018 by Seattle detectives.

After entering the baby’s DNA into a genealogy website called GEDmatch, they found that it matched with an individual who they believed would likely be a close relative to the child’s mother. Months later, in March 2020, there was another breakthrough in the case when Christine herself entered data on the website, making herself the prime suspect in the case.

After Christine, now 50 years old, fell for the fake mail about a survey that detectives had sent, she was soon charged in connection with abandoning her baby in the trash, and covering him with garbage, according to People.

As she spoke about what happened all those years ago, Christine told the police her pregnancy was unplanned, and that she kept it a secret from her friends and family. “The father of her child reacted negatively when she told him she was pregnant,” court documents revealed, as quoted by KIRO 7. On the night of her son’s birth, Christine was riding with a friend and had asked them to stop at a gas station when she began having cramps.

“Warren said that she went inside and delivered the child in the restroom,” court documents said. “She said that the baby dropped into the toilet where she left him for several minutes. Warren said she panicked and placed the baby in the trash can, covering him with other debris inside. Warren said that ‘in her mind’ she did not believe the baby was alive, however, conceded that she did not check the baby for vital signs…”

About 20 hours after the baby was abandoned, his body was found, and medical examinations determined he was alive at the time of his birth. Dozens of strangers attended the funeral as Baby Boy Doe was laid to rest.Charged with second-degree murder, Christine is being held at the King County Jail awaiting to enter a plea. “I can certainly say there’s no celebration going on, this is an awful case,” Seattle police Detective Rolf Norton said after they found the woman the police first began looking for 23 years ago. “…This was an incredibly sad case in 1997, and it’s an incredibly sad case in 2021.” 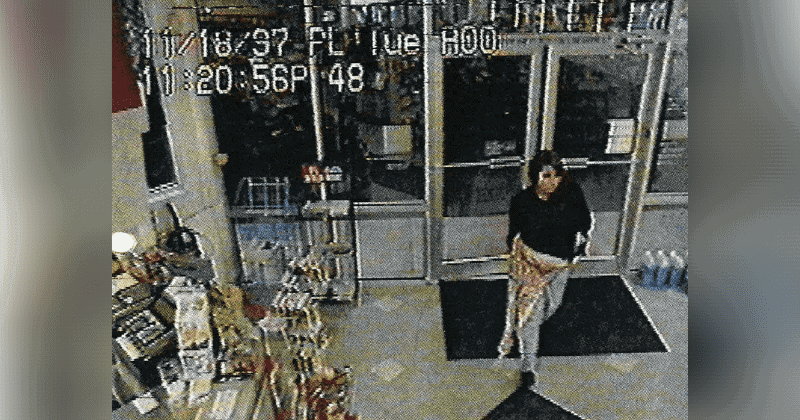