Coming home to a home-cooked meal is one of the best feelings in the world. After a long day, a full belly is a crucial first step to unwinding.

But are all home-cooked meals good meals? That’s what one frustrated Redditor is arguing after his girlfriend has developed a culinary hobby. Initially, he was totally on board and supportive.

Things started to change a few months in. No matter how hard she tried, this woman couldn’t get it right. Cooking isn’t a skill everyone excels at. While this guy held out hope her cooking would improve, he wasn’t seeing any signs of that actually being the case.

As any good boyfriend might, he tried to help. He wanted to cook together, hoping he could help her out. She refused the help, insisting on having dinner on the table for him when he got home. The stubbornness was frustrating for the guy, who never indicated that was something he wanted or needed.

As if the situation wasn’t sticky enough, his girlfriend’s mom and sister got involved. They shared their two cents on what his inability to enjoy her cooking says about him.

Please Share On Facebook/Pinterest Woman’s Mom And Sister Come After Boyfriend Who Turns Down Home-Cooked Meals For His Reason Clicky News LittleThings. 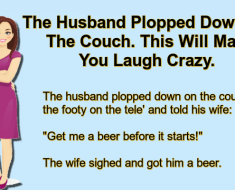 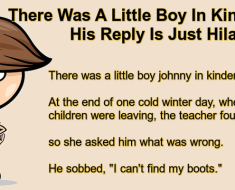