J. R. Storment, the Cofounder of an aspiring organization, “Cloudability” has suffered a deep loss and had to learn the hard way about how precious life really is and how important it is to enjoy every moment.

Although we all hear it every not and then “Enjoy the moment”, for J. R. Storment it turned out to be a bitter turn in his life; after his 8-year-old beloved son ‘Wiley’ passed away, that made him regret his workaholic lifestyle.

As a workaholic Storment shares that he spent a fair amount of his time (in the past) working odd hours and extra shifts.

He would even sacrifice holidays to have his business grow and achieve the highest ever profitability.

However, life taught Storment the hard lesson as he lost his son and was drowned in grief and guilt at not being there for his son as much as he should have had.

While making sense of all the pain and turmoil that he was going through, J. R. Storment turned to LinkedIn and expressed himself as a dad who longed for his and regretted the moments, he spent away from him.

His letter starts with a pinching confession about his workaholic nature where he shared that he did not take a week off in the past 8 or so years as he has been busy working to make the business a success.

“When I got the call I was sitting in a conference room with 12 people at our Portland office talking about PTO policies,” Storment writes.

The most painful part of the letter was the conversation that happened between Storment and his wife.

It was not long, but it depicted grief, shock, and guilt on various levels and when you read through the snippet it sears your heart with pain.

He shared the chaos and desperation of running towards his house, where he had to wait about 2.5 hours before he was able to see his boy (who had long gone).

Storment’s paralyzing grief and a pang of deep-rooted guilt is very much evident from the letter snippets that not only depicts the heaviness and sorrow at that moment but makes us empathize how struggling and unfortunate all of that had been for the Storment family.

His letter then turns towards a detailed recollection of the liveliness and zeal that Wiley was full of. Storment shared, Wiley’s deep interest in business and how ambitious he had always been.

It seemed as if Wiley was a born leader and aspired high. It was rather sweet to read in the letter that Wiley expressed his decision to be married as an adult at a young age of 5 and by the time he turned 6, he introduced his parents to the girl he wanted to marry.

After sharing the bright ambition and delightful dreams, Storment shares how torturous it was for them to go through Wiley’s death certificate.

As a father, J. R. Storment shares how guilty he feels about not being able to spend enough time with his son and missing so many milestones in Wileys’ life.

Storment writes painfully… “and then he died in his bed overnight.”

Reading through this letter, you can’t help but have tears in your eyes and a heavy heart that aches for the boy and grieves at the pain this family had to bear.

Storment recalls his last interaction with his son as being a rather stern one where Wiley ended up having tears in his eyes and said “But you’re not listening to me, No one listens to me”.

Later, he shared that at bedtime that very day he had a nice short talk with his son and snuggled him. That night Wiley had trouble sleeping because of the loud music at a nearby party and Storment helped him sleep.

However, as a father, he regrets not being available the next morning as he had a packed workday.

He painfully writes that he left home without a Goodbye and all that rush about work seems meaningless to him now.

According to the reports by the medical examiner, Wiley must have passed during early hours at night.

He suffered from a mild epileptic condition, known as ‘Benign Rolandic Epilepsy’ and Willy only had one seizure ever so according to his neurologists and pediatricians there wasn’t a cause to be gravely concerned about.

However, he suffered a rare fatality that epilepsy brings along…SUDEP (Sudden Unexplained Death of Epilepsy) and it is so rare that only 1 out of 4,500 kids are affected by this.

Storment also shared in his letter that he hasn’t returned to work and is mulling over the idea of not returning to work at all.

He also shared a silver lining in the form of his strengthening bond with his other son ‘Oliver’ as he has been trying to spend more quality time with him. 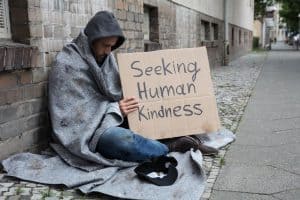