In 2018, the FDA represented psilocybin (magic mushrooms) as a powerful treatment. This was followed by the decriminalization of the fungi in Denver, Colorado in 2019, and entrepreneurs got really busy. Oregon-based Silo Wellness offers a psilocybin micro-dosing nasal spray.

The company assures the public that their nasal spray is fit for controlled microdosing. Users will first use small doses before engaging into something bigger.

“I love our product and can’t wait until it’s legal in the United States, so we can share it with crime victims and first responders,” said Silo Wellness founder Mike Arnold.

The fungi is illegal in the US, so the nasal spray was first made in Jamaica. The psychedelic fungi is legal there. Missouri pharmacologist Parag Bhatt and company COO and Marine combat veteran Scott Slay led the team. they tested the spray on themselves, and then used volunteers to confirm its effect.

Arnold was a high-profile criminal defense attorney in the past. The fungi got his attention right after medical marijuana was legalized in Missouri.

“While everyone else saw the excitement for Missouri cannabis as a good sign for an investment, I saw it as the death nail,” Arnold said.

“When everyone is running in one direction, that’s the last place an entrepreneur or investor wants to be. If you were on time for cannabis, you were already too late.”

He joined forces with Michael Hartman, inventor of the patent-pending Mystabis hemp and marijuana inhalers. Metered-dosing solutions are a real thing now.

Arnold knew nothing about the mushroom and its medicinal benefits for PTSD and anxiety until he met a doctor in the spring of 2018. The doctor offered to take him on a guided meditation with mushrooms at the very same moment.

Arnold was hesitant to try the fungi, but he trusted the doctor. These mushrooms changed his life and he is doing his best to help the world understand the real power of the fungi.

It was a brilliant idea, but not every user will have a doctor nearby to explain the real effect of the fungi. He contacted Hartman, and decided to give patients predictable dosing so they can adjust the dose and regulate the sub-psychedelic or psychedelic treatment.

Mushroom users usually complain of the taste of the fungi, and some of them deal with upset stomach after the consumption. Nasal sprays work a lot different. The spray enters the bloodstream directly as it’s absorbed through the nasal mucus membranes.

Users have words of praise for the spray. Sven is one of the volunteers, and he tried the dosed nasal spray.

One spray in each nostril gave him a “mellow effect” that lasted 45 minutes. The smell was pleasant, and so was the taste. In general, he enjoyed the nice sensation.

“With proof of concept in hand, we are taking pre-orders and entertaining licensing proposals for research abroad and manufacturing for the product in advance of jurisdictions coming online legally, similar to Oregon’s proposed medical-marijuana-like psilocybin initiative,” COO Scott Slay, of Eugene, Oregon stated.

“The feedback and interest have been tremendous.”

They are satisfied with the results their product had. Slay found mushrooms after returning from Iraq. The war had a terrible effect on him, and gave him PTSD. He was medicated, but mushrooms are the only thing that helped him. Slay got his life back, and today, he follows his purpose.

The company relies on continued research and development. They have evidence that the nasal spray works, and they are definitely ready for the next challenge. 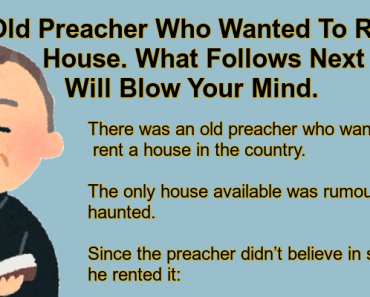