Being a new mom, I know several things about being constantly advised when it comes to the baby.

Yet, what does a “spoiled” baby mean?

From my experience, most new parents are advised to program their babies to be able to live their life as they did before.

Is it fair to instruct your child to do things as they are the most convenient for you, instead of helping it get used to the world in its own, unique way?

Even though their instinct tells them to rush over and soothe their baby, many parents struggle not to go and comfort her while crying, as they were advised “not to spoil” her.

Well, this time is over guys, and you can now freely go and cuddle with your baby, as researchers believe that you cannot spoil a newborn baby.

According to the findings of Notre Dame psychologist Darcia Narvaez and her team, children become healthier and happier adults when they have parents who treated them with affection, sensitivity, and playfulness since birth.

Professor Narvaez maintains that parents are ever wrong when they want to give the child comfort and the crying can be explained by many possible reasons.

Newborns cry because they have basic needs, to be fed, held, comforted, and loved, and the parent needs to respond to them in order to teach the baby to feel secure and confident.

In the long run, security and confidence will result in less crying and more independence.

Peter Gorski, M.D., an assistant professor of pediatrics at Harvard Medical School, in Boston, and chairman of the American Academy of Pediatricians’ National Committee on Early Childhood, Adoption, and Dependent Care, agrees that responding to your toddler also fosters independence, as a child will be more willing to explore boundaries and explore his world if he knows he can depend on his parents.

Professor Narvaez says that parents should listen to their instinct to hold their babies, keep them close, and make them happy and quiet again, as their cry is distressing.

She worked with two colleagues, Lijuan Wang and Ying Cheng, and their findings will be published in an upcoming article in the journal Applied Developmental Science.

They investigated more than  600 adults about their childhoods, analyzing things like how much affectionate touch they received in their household, how much free play they were allowed as a child, and how much positive family time they experienced.

Their findings indicate that adults with less anxiety and overall better mental wellbeing had positive childhoods.

“These things independently, but also added up together, predicted the adults’ mental health, so they were less depressed, less anxious, and their social capacities — they were more able to take other people’s perspective. They were better at getting along with others and being open-hearted.”

Infants need constant attention to give them the foundation to grow emotionally, physically and intellectually.

J. Kevin Nugent, director of the Brazelton Institute at Children’s Hospital in Boston and a child psychologist, claims that a newborn baby learns from his interactions with his parents that the world is reliable, and he can trust that his needs will be met. Therefore, responding to his crying is just a matter or meeting his needs, and not a matter of spoiling.

Professor Narvaez encourages parents to respond to their baby’s cries, by touching them, rocking them, or holding them:

“What parents do in those early months and years are really affecting the way the brain is going to grow the rest of their lives, so lots of holding, touching and rocking, that is what babies expect. They grow better that way. And keep them calm, because all sorts of systems are establishing the way they are going to work.

If you let them cry a lot, those systems are going to be easily triggered into stress. We can see that in adulthood — that people that are not cared for well, tend to be more stress reactive and they have a hard time self-calming.”

Narvaez believes that parents should follow their instincts, claiming they cannot spoil the baby but can ruin their development if they do not pick the child up.

Yet, this might be exhausting at times, so she advises asking for help from family and friends. She adds that people didn’t evolve to parent alone, so ” when mom or dad needs a break, there is someone there who is ready to step in.”

The risk of spoiling your baby first appears in the second half of the first year, and at this time you may find it necessary to make a few adjustments.

Ester Schaler Buchholz, Ph.D., author of The Call of Solitude: Alonetime in a World of Attachment (Simon & Schuster, 1997) says that babies need care and love then too, but at this point, they  need to learn to trust themselves as well as their caregivers and start figuring things out for themselves.

Parenthood is challenging, both, physically and emotionally. Yet, try to stray strong. Times might have changed, but very soon, you will get used to things and everything will get back to normal, the new normal.

Be patient to embrace change, and do not worry about being a perfect parent, as you are certainly a special one. 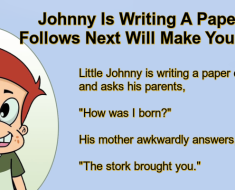