Zach LaVine celebrates after hitting the game-winning shot in the last seconds against the LA Clippers at the United Center on December 14, 2019 in Chicago, Illinois. The Bulls defeated the Clippers 109-106. (Photo by Jonathan Daniel/Getty Images)

CHICAGO — After blowing several late leads to lose games, the Chicago Bulls were able to flip the script Saturday night.

Zach LaVine scored 31 points and converted a decisive three-point play in the Bulls’ 109-106 victory over the short-handed and weary Los Angeles Clippers.

Chicago trailed by five points with less than two minutes to go. Tied at 106, the Bulls inbounded with 5.4 seconds left. LaVine got the ball near the 3-point line, drove to his right and was fouled by Montrezl Harrell as he scored with 2 seconds left.

Paul George then missed a 3-pointer at the buzzer.

“We made big plays,” LaVine said. “I think that’s what it comes down to, making plays.

“We’ve been playing good, but we just haven’t been able to get that win in the last two minutes, three minutes of the game. Hopefully, we can start stringing some together.”

Lauri Markkanen had 13 points and 17 rebounds, Thaddeus Young scored 17 points, and Denzel Valentine had 16 for the Bulls.

Harrell had 30 points and George had 27 for Los Angeles. The Clippers had won four in a row.

Besides playing for the third time in four days at the end of a six-game trip, the Clippers were without Kawhi Leonard (injury management, left knee soreness), Lou Williams (right calf), Patrick Beverly (concussion) and JaMychal Green (tailbone contusion).

This was the eighth game Leonard has missed. He scored 42 points Friday night at Minnesota.

George was asked if the poor finish was a result of fatigue. “Not necessarily,” he said. “This isn’t new. We just got outplayed tonight.”

Los Angeles led by 15 points midway through the second quarter before Chicago closed the first half with a 19-6 run to pull to 57-55.

The Bulls continued the surge early in the third, scoring 17 straight points for a 75-61 lead. The 75 points were two more than Chicago scored Friday night in an 83-73 home loss to Charlotte.

The Clippers answered with a 12-1 run to trim the deficit to 76-73 and pulled to 81-79 in the final minute of the third on a three-point play by Harrell. LaVine then hit a 3-pointer to give Chicago an 84-79 lead entering the fourth.

In the final three minutes, George hit a pair of free throws to break a tie at 98 and Landry Shamet hit a 3-pointer for a 103-98 Clippers lead with 2 1/2 minutes remaining. With L.A. up by five a minute later, LaVine and Valentine hit 3-pointers on back-to-back possessions — sandwiched around one of two free throws by George — for a tie at 106 with 47.9 seconds left. 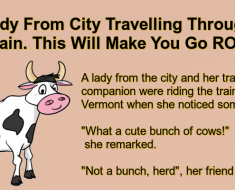