Surgery can be a scary experience for anyone, especially for young children who do not always realize what is going on.

When Slade Thompson of Renovo woke up from tonsil surgery, all he wanted was to be snuggled and cared for. Not thinking…

Posted by UPMC Susquehanna on Tuesday, 7 May 2019

For one little boy, waking up from surgery and not finding his mother near was a traumatic experience. Five-year-old Slade Thompson had just spent a rough year in and out of the hospital. In addition to having a surgery to figure out why he kept walking on his toes, Slade had to go undergo a second procedure to cauterize his tonsils, adenoids, and both sides of his nose. The surgery took place at UPMC Susquehanna Health in Williamsport, Pennsylvania. When Slade woke up after the procedure, he was understandably worried and upset. What made it was worse is that his mother was not available at the moment. 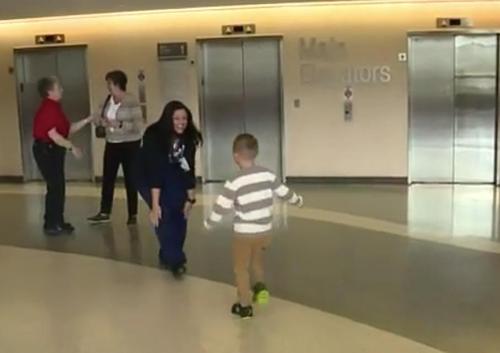 Slade asked his nurse, Annie Hager, if she would snuggle him. The unselfish nurse did not even hesitate to get in bed with Slade and cuddle him. When Layla Thompson was finally able to see her son, she teared up when she walked into the room and saw Annie so lovingly tending to her scared boy. Slade’s mom knew that she had to capture the moment for the world to see and so she snapped a quick picture, reports WNEP. 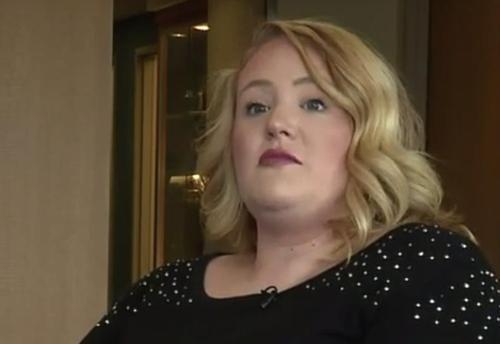 Layla was so touched by the compassion that the nurse showed her son. She returned to the hospital later with the boy so that he could present Annie with a bouquet of flowers. Annie shared the sweet story on her social media, explaining that it is moments like this that make her job so worth it. What makes the story even more touching is that Annie was supposed to be off on the day of Slade’s surgery. She had been called into work because they were short on staff. It looks like she was just where she needed to be.

This sweet picture of the caring nurse loving on her patient will touch your heart. After you have seen the pictures, be sure to spread the love to everyone else that you know. Nurses like Annie deserve to be celebrated for all that they do for their patients.