Katelynn Hardee, a 5-year-old girl from California, is already a hometown superhero.

It all started when the kindergartner overheard another student’s mom talking about her financial woes at school — and how she couldn’t afford to pay off her child’s lunch debt.

Curious and compassionate, Katelynn went home and asked her mom, Karina, what that meant.

“She started asking me a bunch of questions and I tried to answer as best as I could without too much for a 5-year-old, and just explained to her that some people aren’t as fortunate as us,” Karina told Fox 5.

In August 2019, Eat This, Not That reported, “At the end of the 2017-18 school year, the School Nutrition Association said that 75 percent of school districts nationwide reported having unpaid student meal debt.”

After learning that lunch debts were an issue for many of her classmates, Katelynn was determined to do something about it.

This amazing little girl wanted to raise and then donate money to any and all negative lunch accounts at her school — now she just needed a plan of action.

Well, that plan of action ended up making such an impact that Katelynn was awarded at her school, and she is now winning praise across the country. 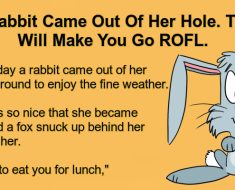 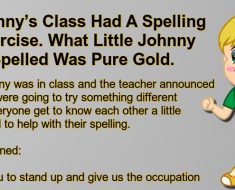