His mother tells us he was scarred both mentally and physically, and that he has nightmares to this day. 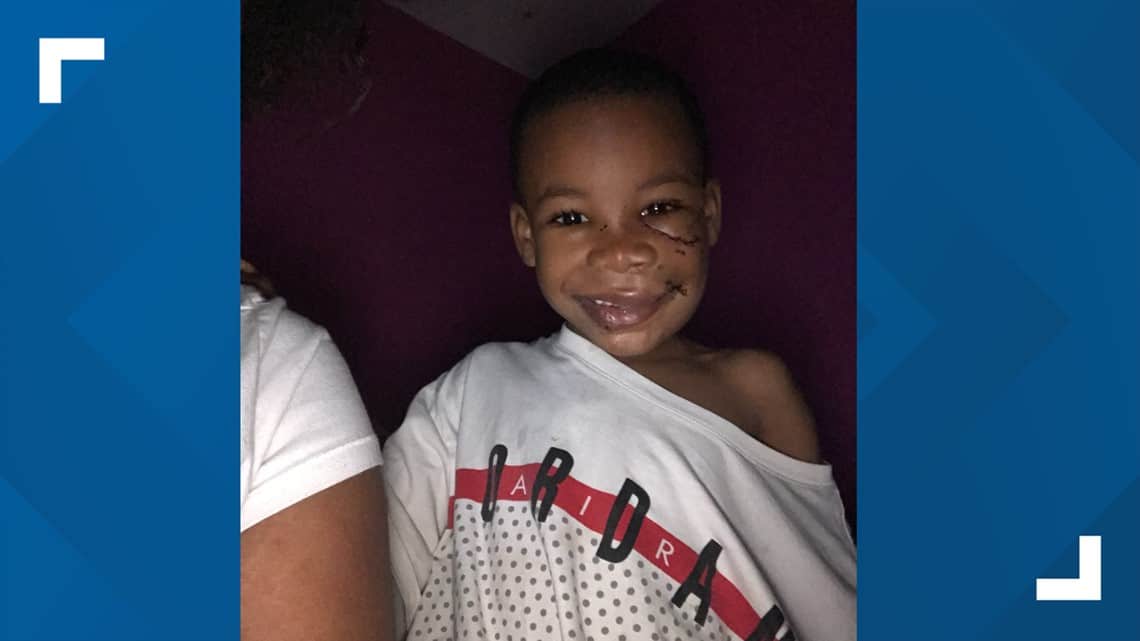 A 6-year-old is still healing after his visit to Piedmont Park ended with a trip to the hospital.

Atlanta Police say the little boy, Eric Cullins, was attacked by a German Shepherd. Eric was in the dog park with his mother, Kristie Dix, his sister, and Dix’s cousin, Tymon Hall, who wanted to take his Shih Tzu out to enjoy the day.

“That’s when me and my daughter walked off,” recalled Dix. “We just went to sit down because we had blankets to have a picnic. That’s when everything turned left.”

Dix said the boy told her he was holding a ball while playing with dogs when the incident happened on February 28.

“People who were at the park told me this German Shepherd bit him,” said Hall. “They was telling me it don’t matter if I was right next to [Eric] or not, it happened so fast. He was literally playing with the dog and out of nowhere the dog just bit him.”

According to the Atlanta police report, Eric, or Jr. as they call him, was inside the unleashed area of the dog park playing with other dogs, when the German Shepherd bit the side of his face.

Hall called 911 after he heard Eric screaming, and after seeing his face.

“I see blood in his face but I don’t know why blood is in his face,” Hall recalled. “As he get closer I saw a bite mark. The more I kept looking at his face the more I almost fainted.”

The 911 calls depict that tragic moment.

Dispatcher: Is there any serious bleeding?

Dispatcher: Is he completely alert?

Dix and Hall said they waited about 30 minutes for the ambulance to show up.

“Someone picked him up and ran all the way to the front of the park so that we could see an ambulance and wave our hands,” said Dix.

He was then taken to Scottish Rite Hospital. Dix said that to this day, her child has been scarred both mentally and physically, with more than 60 stitches on his face and possibly more surgeries to come.

“I thought I was dreaming, honestly,” said Hall. “I kept blinking my eyes like this can’t be real. This can’t be true. I’ve only seen things like that happen in movies or on TV. I’m panicking but I’m not showing it because the people around me were telling me don’t be afraid because if you’re afraid it’s going to make him react even more.”

They set up an online foundation to help with medical expenses.

“It was horrible. He was just screaming at night and waking up in his sleep cuz’ of the swelling and everything is hurting,” she said. “His lips and stuff they still have bumps.”

As the weather continues to get warm and people take their pets out on walks, the family has one message they want to get across.

“I would just tell people to pay attention to their kids,” said Hall. “Don’t trust everyone who has a dog because every dog is not well trained.”

Dix said she’s starting a campaign to help kids who have been traumatized by dogs, getting them to do activities to break them out of their shell.