Home
Life Stories
A Rabbit Advocated For A Healthy Life. –


One day a small rabbit was taking a run through the forest.

As he was running he came upon a giraffe.

This giraffe was about to shoot up some heroin.

The rabbit looked at he giraffe for a moment and then said, Giraffe, don’t do heroin.

Heroin is a drug, and drugs are bad for you. Come running with me through the forest.”

The giraffe looked at the rabbit, then at the heroin, then back at the Rabbit, and then threw the needle away.

The two then proceeded to run though the forest.

While running through the forest they came upon a sheep. This sheep was about to smoke a joint.

The rabbit looked at he sheep for a moment and then said, Sheep, don’t smoke pot. Pot is a drug, and drugs are bad for you. Come running with us through the forest.

The three then stumbled upon a tiger. This tiger was about to crack open a cold beer. The rabbit looked at the tiger for a second and then said, “Tiger, don’t drink alcohol. Alcohol is a drug, and drugs are bad for you. Come running with us through the forest!”

The Tiger then looked at the rabbit, then at the beer, then back at the rabbit, and then cracked open the beer and carefully placed it on the ground next to him. He then proceeded to slowly walk over to the rabbit, lifted his paw up, and then mauled the shit out of the rabbit.

After he was done he slowly walked back to the beer, picked it up and started drinking it.

The giraffe and the sheep were shocked. The giraffe looked at the tiger and said, “Dude!!! What the fuck? He was just trying to help you!!! Why did you hurt him’?”

The tiger slowly looked at the giraffe and then said,

“Because every time that rabbit does cocaine I end up running through the fricking forest!!!” 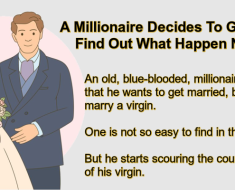