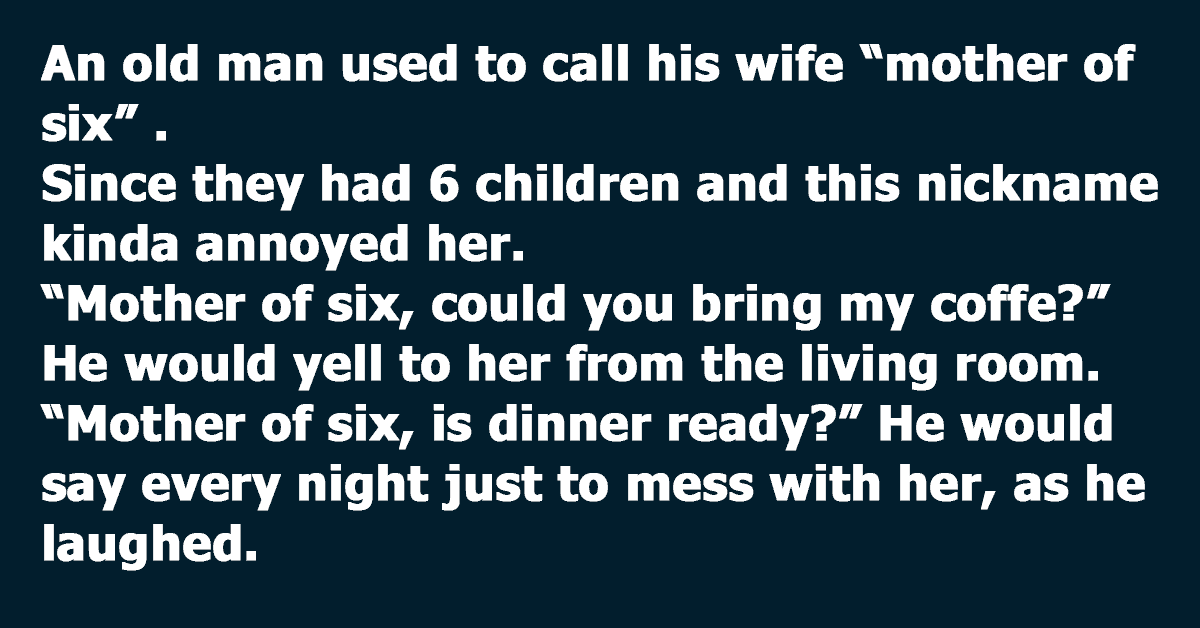 An old man used to call his wife “mother of six” .
Since they had 6 children and this nickname kinda annoyed her.
“Mother of six, could you bring my coffe?”
He would yell to her from the living room.
“Mother of six, is dinner ready?” He would say every night just to mess with her, as he laughed.
She was becoming really angry at him because of this unwanted nickname, until Thanksgiving, where the whole family was reunited at the table.
The old man took a deep breath and yelled to his wife in front of everybody
“MOTHER OF SIX! PLEASE COME HERE”
She walked into the room and said
“What do you want, father of 3?