Bindi Irwin married her husband, Chandler Powell, on March 25, 2020, and the couple announced they are expecting their first baby together only a few months later.

Bindi recently shared why she’s decided not to take Chandler’s last name — and the reason has everything to do with her late father, Steve Irwin.

She told Entertainment Tonight: “I’ve kept Bindi Irwin. I think that for me personally, after dad [Steve Irwin] passed away it was really important for me to feel close to him, and having his last name means so much to me. It has become a part of me. Everyone has their own ideas, but the nice thing is that it’s 2020 now, anything works!”

Bindi and Chandler met in 2013, when he was visiting Australia. Chandler was participating in a wakeboarding competition, and he decided to go on a tour of the Australia Zoo while in the country — and Bindi and her family were the people giving the tour! They hit it off immediately and began dating a few weeks later.

It turns out that Chandler took an old-fashioned route to dating Bindi. “He sent a letter asking my mom if he could stay in contact with me, and then Mom gave the letter to me and said, ‘Is this person real?’”

Bindi and Chandler dated long-distance for five years before Chandler left the US for good and moved to Australia to work with Bindi and her family at the zoo.

Please Share On Facebook/Pinterest Bindi Irwin Shares The Touching Reason Why She Didn’t Change Her Last Name To Her Husband’s Clicky News LittleThings. 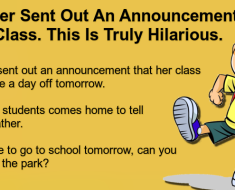