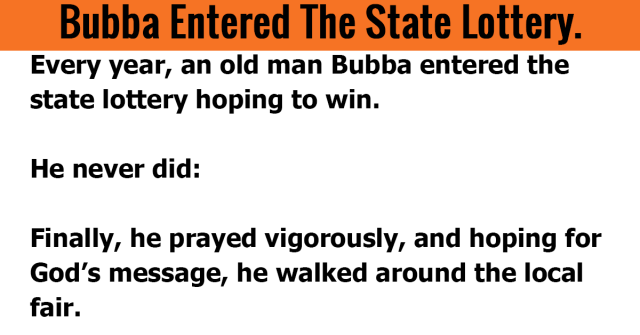 Every year, an old man Bubba entered the state lottery hoping to win.

Finally, he prayed vigorously, and hoping for God’s message, he walked around the local fair.

A flash of lightning struck as he was passing by Suzie’s stall.

She was bending and he saw she was not wearing panties.

He could see ‘7’ written on both her butt cheeks.

He bet on 77 as he thought God had given him a clue.

The winning number was 707.

The moral of the story:

Never underestimate the importance of a$sholes in your life…