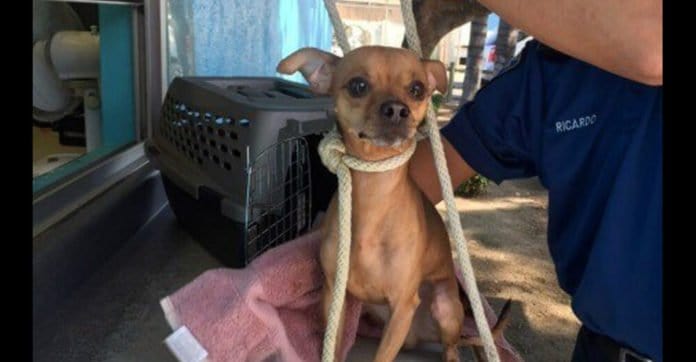 One look and you can see that the rope is too big for this little dog.

But the heartless people who were leaving the dog at the shelter were using the rope as a leash.

You see, they removed the collar from the dog and put on the rope.

The three-year-old Chihuahua was taken to the Baldwin Park Animal Care Center – a high-kill shelter in California.

The dog was dropped off at the shelter in late 2016 and was to be available for adoption in October 2016.

The good news is that both him and his kennel mate were adopted!

Chihuahua advocate Sal Valdepena said that older dogs, like this one, have a harder time getting adopted.

Thankfully a kind family took this dog and his mate home.

Take a look at this heartbreaking image 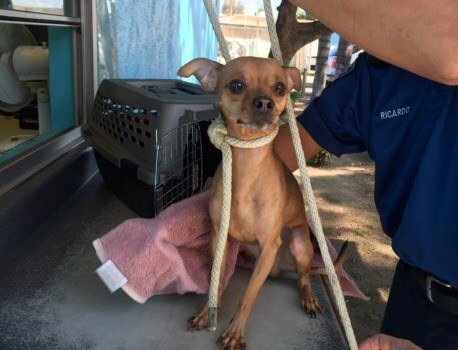 Please don’t shop at a pet store for your next pet – go to a shelter and give a dog or cat there a second chance.