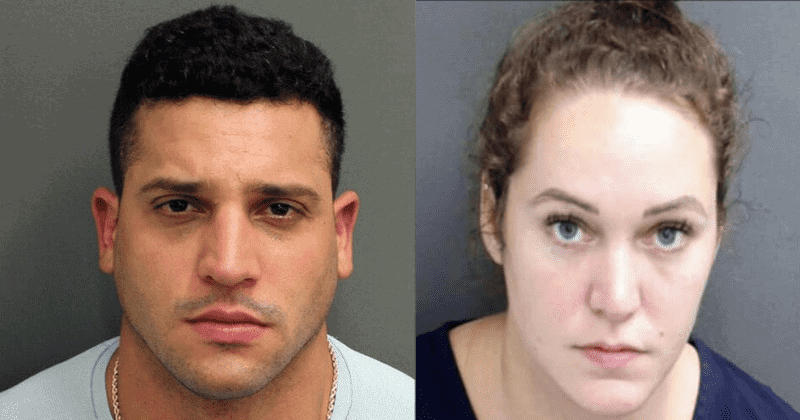 Trigger warning: contains graphic details of sexual assault that may be distressing to some.

A 7-year-old girl was found to have been forced into “sexual acts that she did not wish to perform,” leading to the arrest of a firefighter and his wife, Argelio Pupo, 32, and Morgan Keene, 27, according to their arrest affidavit.

The incident that took place in Kissimmee, Florida was reported to the authorities after the young girl informed a caretaker about being touched inappropriately by Argelio while Morgan watched. It was revealed that the girl was raped by the firefighter, after which the couple allegedly used a sewing kit to stitch up the injury that the young girl suffered, as reported by Orlando Sentinel.

The affidavit also said, “The victim mentioned that they were trying to teach her how to have a baby.”

It was reported that Morgan was in the bedroom while her husband raped the girl, and she later helped clean the blood. “The victim stated [Keene] was present when this incident occurred and assisted in cleaning up the blood before ultimately telling the victim to go shower and go to bed,” said the arrest report, according to The Sun.

Investigators found out that the girl’s injury was stitched up after they went through messages sent by Morgan to another friend, who works as an obstetrics nurse. The friend was made to believe that Morgan was asking questions to treat her own “vaginal tear” and she advised Morgan to visit a doctor. However, Morgan told the friend that Argelio took care of the stitches.

When the friend asked whether they used an anesthetic called lidocaine, Morgan responded, “Nope lololol.”

Following the attack, the child grew distraught and confided in someone as she cried from underneath a table, as reported by Spectrum News.

After the police got involved, Morgan told officers that she suffered “physical and mental abuse” and wanted her firefighter husband out of the house. According to her claims, Morgan was left with a black eye and partial vision loss after Argelio attacked her with an ice bag in the month of October.

When she was arrested, Morgan told the police that she was two weeks pregnant, and also revealed that Argelio kicked her in the ribs when she told him about her pregnancy on November 4.

“Morgan described that her husband has put her in emotional fear and distress of her life,” said the police report.

After officials from the fire department found out about the accusations against the firefighter, Assistant Kissimmee Manager Austin D. Blake said, “Argelio Pupo has been relieved of his position and is on administrative leave without pay from the Kissimmee Fire Department pending an administrative review of his case and criminal charges. Unfortunately, because we’re still looking into his case we won’t be able to provide much more on his status at this time.”