If you want to be a strong woman, there are certain things that you just shouldn’t care about.

Think of the women you admire most, and you’ll realize that they have a balanced set of priorities.

They have mastered the art of focusing what’s most important in life, and leaving the rest behind.

Here are a few things a truly strong woman doesn’t care about:

Other peoples’ opinions are not important to strong women.

They trust themselves to make the right choices for them, whether they are deciding on a career, choosing a partner, or learning how to parent their children.

This isn’t to say that they never make mistakes, but they have learned to trust their own judgement.

Our society pits women against one another.

It encourages them to try and appear “hotter” or more stylish than their friends, colleagues, and even relatives.

Strong women know that it’s much healthier to focus on your own style and enjoy your own beauty, rather than over-analyzing what others look like.

If another woman looks good, they are secure enough to give a sincere compliment.

Yes, being very underweight or overweight comes with health risks, and it’s always a good idea to listen to your doctor if they tell you that you need to make some changes to your lifestyle.

But, in general, the average woman has no good reason to sit around obsessing over the number on the scale. Strong women know that beauty comes in all shapes and sizes.

Most users post photos and statuses that suggest they are living perfect, happy, and successful lives.

Strong women are savvy enough to know that what they see on social media is often a façade.

They might enjoy catching up with their friends’ news, but they are too busy living their own lives to care about Instagram photos and Facebook statuses.

When a strong woman has ended a relationship, she stops wasting valuable brainpower on what her ex-partner is doing, who they are seeing, and whether they miss her.

Strong women are mature enough to realize that the healthiest thing to do is move on.

They don’t look back or over-analyze the relationship.

Strong women don’t waste their time on people who make them feel bad about themselves or their lives.

They would rather be alone than spend time with those who want to drag them down.

Many women are reluctant to take chances, fearing that they will fail or make themselves look stupid.

For example, they may hold back from applying for a promotion at work, or trying a new sport.

On the other hand, strong women are not afraid of failure.

They know that we can’t all do everything perfectly the first time around, and that mastering a new skill takes practice.

A strong woman might want to get married at some point, but she isn’t obsessed with weddings.

Lots of women panic if they reach a certain age without a ring on their finger, but a confident woman takes a more balanced approach.

She might be looking for “the one,” but she certainly doesn’t think of herself as undesirable just because she hasn’t been married by a certain age.

In essence, a strong woman doesn’t care what other people are doing.

Instead, she looks within herself to find happiness.

Ironically, this actually makes her highly attractive to friends and partners – there is something irresistible about a woman who knows her own worth and doesn’t settle for poor treatment.

The stronger you get, the better your relationships – and life in general! 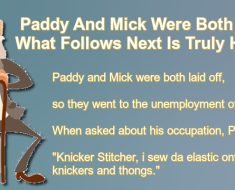