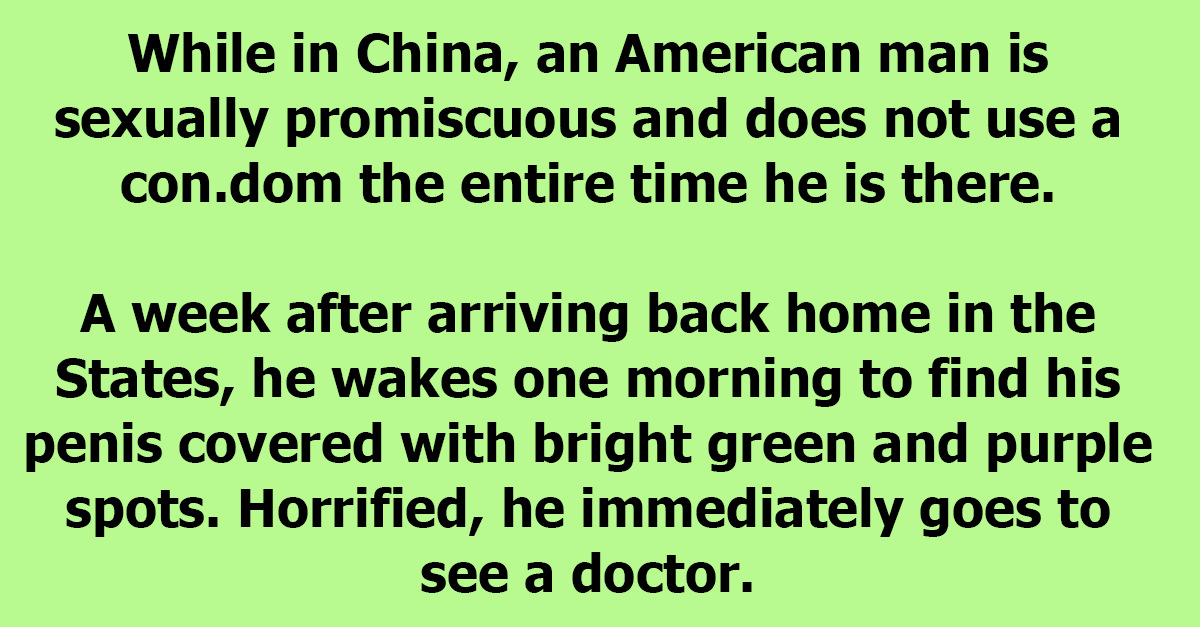 While in China, an American man is sexually promiscuous and does not use a con.dom the entire time he is there.

A week after arriving back home in the States, he wakes one morning to find his penis covered with bright green and purple spots. Horrified, he immediately goes to see a doctor.

The doctor, never having seen anything like this before, orders some tests and tells the man to return in two days for the results. After two days, the doctor tells him, “I’ve got bad news for you, you have contracted Mongolian VD. It’s very rare and almost unheard of here in the US. We know very little about it.”

The man perplexed asks, “Well, can’t you give me a shot or something to fix me up, Doc?”

The doctor answers, “I’m sorry, there’s no known cure. We are going to have to amputate your penis.”

The man screams in horror, “Absolutely not !! I want a second opinion… !!!”

The doctor replies, “Well, it’s your choice. Go ahead, if you want, but surgery is your only option.”

The next day, the man seeks out a Chinese doctor, figuring that he’ll know more about the disease. The Chinese doctor examines his penis and proclaims, “Ahh… yes, Mongolian VD. Very rare disease.”

The guy says to the doctor, “Yeah, yeah, I already know that, but what can we do? My American doctor wants to cut off my penis!”

“Yes,” says the Chinese doctor. “Wait two weeks. Fall off by itself.”