Anger can convert a man into an animal. One seems not to be in control of his actions and feelings.

An angry man will always be mad at himself when he comes to his sense. Anger can make a king act like a slave.

Never trust your tongue when you are angry. It is better not to voice out your emotions when pissed off; you can pass the right message with the wrong impressions. You can also say what you never meant.

Anger can be the end of many; it is spiritual suicide.

I have seen people do and say things they never meant; they are pushed by anger.

A man once killed his wife because of anger; he was pushed by it. He spent his remaining lives wasting because he couldn’t get over his atrocity, and he was so jailed for life.

When we look back at what anger can cause one, the issue that might have triggered it isn’t even worth it.

Anger is like a raging fire; when ignited, it takes time to quench. Learn how to manage your anger issues; it would go a long way to people’s views about you and how things go one in your life.

No one could want to make friends with an angry man that can never control his emotions. It will inevitably affect one’s personality. People might see you as a violent person who doesn’t care about how his actions affect others.

People might push you to anger, but don’t leave your mood and actions determined by people. Don’t talk or act when you are angry. You might regret it later.

Please Share On Facebook/Pinterest Never trust your tongue when your heart is bitter Clicky News Shortquotesworld. 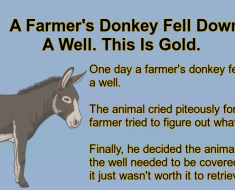