CHICAGO — The Chicago holiday tradition that puts the “L” in Noel only comes around this time of year, and you have to be very lucky or very determined to catch a glimpse.

The child inside of all of us wants to catch a glimpse anyway. Enter world-famous photographer Mike Meyers, on a mission to capture the holiday spirit rolling through Chicago.

A “self-taught” photographer, the suburban Chicago native has been taking professional pictures for only about five years. Thanks in part to social media, he’s known for his striking photography of every place from Hawaii to Havana.

But he has yet to train his lens on one of Chicago’s most beloved holiday traditions.

“It’s one of those things it’s like, in and of itself is cool, but from a photography standpoint, it has to be in a backdrop where it’s going to be interesting or engaging or dynamic in a certain way,” Meyers said.

Meyers’ spot to get the shot is framed by the skyline, the top of the Sears Tower peeking out. Once everything is set, the waiting is the hardest part.

Not to mention the difficulty of shooting a moving train from a distance.

“With a faster shutter speed, you’re actually able to freeze the train, so it looks like it’s not moving at all in the picture and you get those all the details on it,” Meyers said.

And there it was for one moment, all was merry and bright. Meyers captured bursts of dozens of photos, hoping to capture the train in its element. 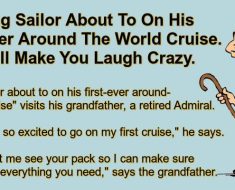