This story is incredible!

Maya Moore is a superstar in the WNBA. The 31-year-old champion athlete has won four WNBA championships, was named the league’s Most Valuable Player in 2014, and has won two Olympic gold medals.

But for the last couple of years, Maya has put her incredibly successful career on pause — all for a man she once barely knew.

In 1998, Jonathan Irons was convicted of breaking into someone’s house and shooting the person who lived there. He was sentenced to 50 years in prison, but maintained his innocence from the start.

Maya was reportedly drawn into Jonathan’s case because of her godfather, who’d been on his own personal mission to help free Jonathan.

Maya eventually decided to step away from basketball and put all her efforts into cracking his legal case.

After serving 23 years in prison, Jonathan was finally freed at the age of 40. His conviction has been overturned as evidence proved that Maya, her godfather, and Jonathan’s many supporters were right all along.

But Maya and Jonathan’s story — or fairytale — was far from over. 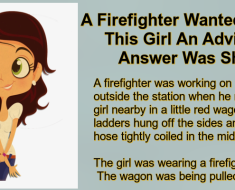